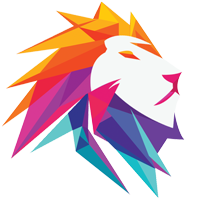 I've seen an earlier post by @Sean Crypto Phillips to find New Capital on Discord but I think for some, it was difficult to get onto Discord. I don't speak for the community, but I am pretty sure the Digibyte community is very supportive of exchanges that list DGB. Achilles gives a great description of Digibyte- however, the total supply/circulation in 2035 will be 21 Billion. imo, DGB is the most advanced decentralized coin with only .5% premined. There are no owners, executive officers, 3rd parties that control or dictate. The tech is not only impressive, but it is quite superior to many existing blockchains. But the most impressive aspect is the Digibyte community. It's quite a sight to just see how people value each other, the project, and decentralization.

Every exchange should have DigiByte! :)

DigiByte is one of the older class of cryptocurrencies, witnessing some pretty rapid commercial adoption. It claims to be running the longest blockchain in the world, thanks to its faster block time.

1. DigiByte is a decentralized digital asset and an open source based blockchain platform. The Digibyte cryptocurrency is denoted by the symbol DGB. Its total supply is 273.6 million DG tokens.

3. It uses a multi-algorithm approach that creates different proof of work (PoW) mining methods & increases mining capacity & hence, the accessibility to DigiByte mining pools. This prevents centralization and secures the network against a 51% attack.

1. Digibyte was developed by Jared Tate in 2014 who is also its lead developer. The DigiByte Blockchain is not controlled by any private company. The team regularly upgrades its system to add new features.

2. The Digibyte team is developing a mining algorithm swap to make mining more decentralised. Its most awaited project is the “Core 4.1.3” protocol that will let users create and enter into the smart contracts on its blockchain. This could push the coin on a bull run.

3. The team claims to be developing technology to apply DigiByte security to IoT devices & other communication services as well.

2. The load on the 5 mining algorithms is rebalanced using MultiShied technology. This adjusts the difficulty of all the nodes to avoid the domination of one algorithm over another and manipulation of smaller blockchains.

- Core Communications & Global Network links all the nodes on the network and allows basic data transfer between nodes and other layers.

- A Public Ledger & Digital Assets store the data on DigiByte’s network and protects against data manipulation.

1. DigiByte separates the transaction confirmations and information stored within the block using SegWit (Segregated Witness). This increases the transaction speed. It is amongst the the fastest public UTXO blockchains, with 15 second block timings.

2. Decentralization is at the core of the DGB cryptocoin, as it has over 100,000 servers, computers, phones and nodes worldwide.

3. The rigidity of general blockchain design limits its size and scope to increase speed, efficiency, and throughput, but secures the network. However, transaction limits on DGB can be increased to handle many more transactions per second than Bitcoin.

4. DiguSign lets users embed & validate any document or contract and send it to DigiByte’s decentralised blockchain. It has multiple use cases for governments, healthcare systems, etc.